Glee Club performed 'Porridge' this week.  Photos of the performance can be found by in the School Events section of the Gallery. 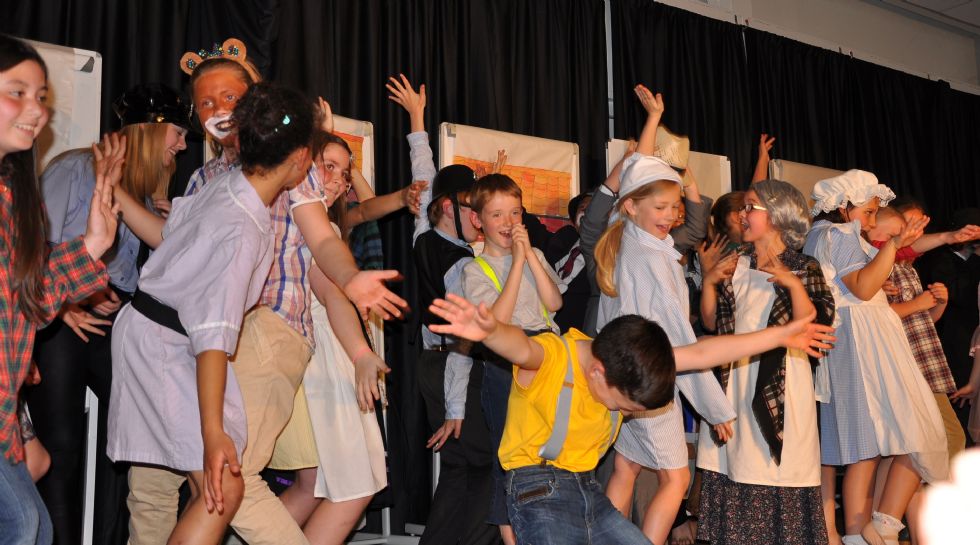 The story was set in Happy Valley where there was a sudden huge crime wave and a  caseload of mysteries that had to be solved!  Ma Hubbard’s recipe book was stolen, someone had kidnapped Marigold the cow and Papa Bear was hiding a secret.  It was down to Private Detective Jack Spratt to uncover the terrifying truth in this tale of mystery, mayhem and breakfast cereal!

Members of Glee Club performed as Jack, Goldie Locks and other characters including barmy billy goats, loopy lumberjacks, a potty police squad and a runaway cow in this very entertaining musical comedy.  A real success and thanks go to Miss Walton and Miss Flenley who ran Glee Club this year.