A Week Of Reflection

CCJS remembers those who gave their lives for our freedom. 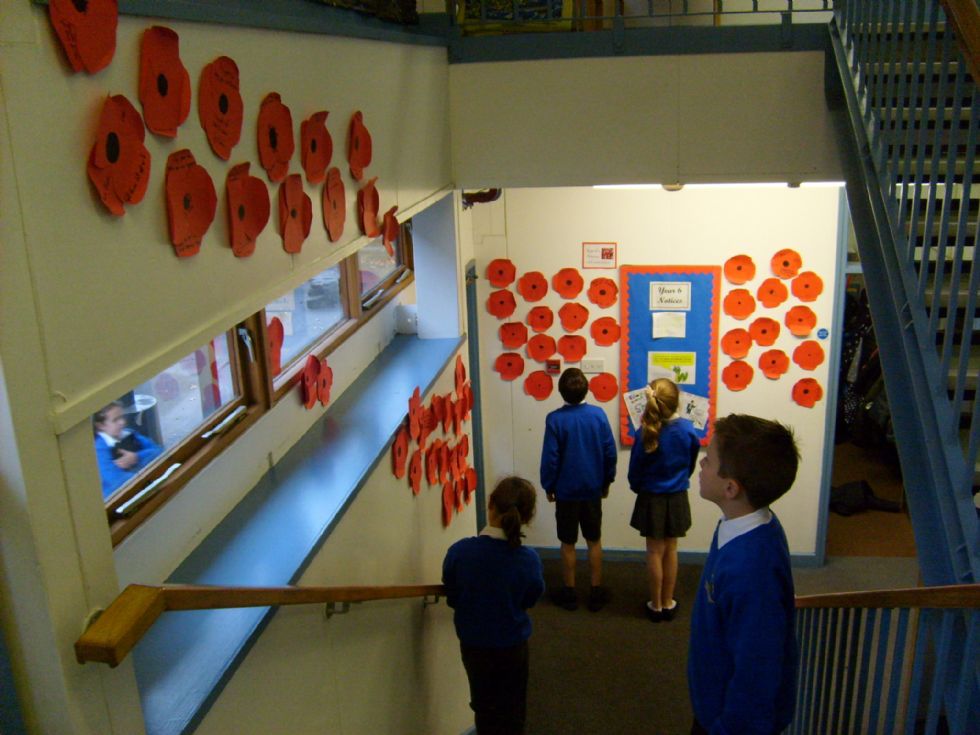 It has been a week of reflection at school, as we have all thought about  the sacrifice made by the brave men and women who have fallen in battle in the many conflicts since World War I.  We took part in a special remembrance assembly on Monday, broadcast live from The Tower of London, and held our own 2 minutes silence on Tuesday.  All classes have also been undertaking work connected with remembrance and the 100 year anniversary since the start of World War I.  Year 6 produced a beautiful piece of artwork entitled "Stream of Conscience", containing handmade poppies with individual messages on.